Associate Professor in the Anthropology of Migration, at the University of Oxford 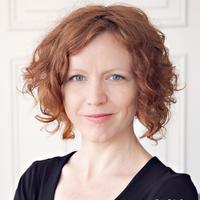 Panel speaker at the Social Sciences Oxford Minds lecture series on the topic of Power.

Dace Dzenovska is Associate Professor in the Anthropology of Migration, at the University of Oxford. She is a social cultural anthropologist interested in the changing relationships between people, places, the state and capital in Eastern Europe and the former Soviet Union. Her book (2018, Cornell University Press) examines efforts to instil liberal political virtues in the Latvian society and political institutions as part of postsocialist liberalization and democratization initiatives. The book argues that Eastern Europe should be viewed as a laboratory for the forging of post-Cold War political liberalism in Europe. She has begun a five-year long European Research Council project entitled Emptiness: Living Capitalism and Democracy after Postsocialism (2020-2025).