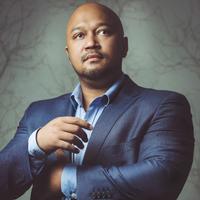 Speaker at the Social Sciences Oxford Minds lecture series on the topic of Race.

Eusebius McKaiser is a broadcaster, political analyst, lecturer and author. He has, for many years, presented and produced several current affairs shows in South Africa on SABC, eNCA, Power 98.7 and 702.

He is the author of three bestselling books: A Bantu In My Bathroom, Could I Vote DA? and Run, Racist, Run.

He has studied law and philosophy, specialising in moral philosophy, which he has also taught in South Africa and in the UK. He has a particular interest in racism and moral epistemology.

Eusebius has written prolifically as a political analyst including as a columnist for local publications like Business Day and Mail and Guardian, and internationally he carried a column in New York Times. He has appeared on many global platforms including BBC, Al Jazeera and CNN, among others.