Director of the Bonavero Institute of Human Rights 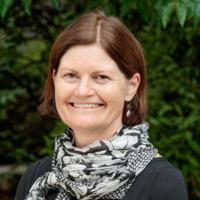 Speaker at the Social Sciences Oxford Minds panel discussion series on the topic of Protection.

Kate O'Regan is the inaugural Director of the Bonavero Institute of Human Rights and a former judge of the South African Constitutional Court (1994 – 2009). In the mid-1980s she practiced as a lawyer in Johannesburg in a variety of fields, but especially labour law and land law, representing many of the emerging trade unions and their members, as well as communities threatened with eviction under apartheid land laws. In 1990, she joined the Faculty of Law at UCT where she taught a range of courses including race, gender and the law, labour law, civil procedure and evidence. Since her fifteen-year term at the South African Constitutional Court ended in 2009, she has amongst other things served as an ad hoc judge of the Supreme Court of Namibia (from 2010 - 2016), Chairperson of the Khayelitsha Commission of Inquiry into allegations of police inefficiency and a breakdown in trust between the police and the community of Khayelitsha (2012 – 2014), and as a member of the boards or advisory bodies of many NGOs working in the fields of democracy, the rule of law, human rights and equality.