'Law in a time of crisis'

We are pleased to announce that the Rt Hon the Baroness Hale of Richmond DBE will be delivering this year’s Romanes Lecture, entitled 'Law in a time of crisis'. Due to COVID-19 restrictions, the lecture will be broadcast live at 1pm on 25 November, and will be followed by Q&A, hosted by the Vice-Chancellor.

Baroness Hale will be reflecting on her recent experiences as President of the Supreme Court, and on a lifetime of service to the law in the Court of Appeal, High Court, and as the first and only female ‘Law Lord'. The lecture will be available to watch on YouTube.

Register your interest to join the event 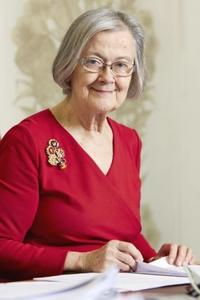 Brenda Hale retired as President of the Supreme Court of the United Kingdom, the UK’s most senior judge, in January 2020.

After teaching law at the University of Manchester for 18 years (while also practising for a short time at the Manchester Bar), then promoting the reform of the law at the Law Commission for over nine years, she became a Judge in the Family Division of the High Court of England and Wales in 1994. In 1999 she was promoted to the Court of Appeal and in 2004 became the first and only woman ‘Law Lord’ – that is, a member of the appellate committee of the House of Lords. In 2009, the Law Lords became the Justices of the Supreme Court, and she became its first woman Justice, Deputy President in 2013 and President in 2017.

The Romanes Lecture is the annual public lecture of the University. A most distinguished public figure from the arts, science or literature is invited by special invitation of the Vice-Chancellor. The lecture was created in 1891, following an offer by George John Romanes of Christ Church to fund an annual lecture, and the first lecture was given in 1892 by William Gladstone.