The Leverhulme Trust has announced the recipients of its prestigious Early Career Fellowship awards for 2020, including six positions to be held across Oxford’s Social Sciences Division over the next three years.

The highly competitive scheme, which enables researchers to undertake a significant piece of publishable research, recognises those who have already demonstrated research excellence in their fields but who have not yet held a permanent academic post.

'We are delighted that the Leverhulme Trust has offered six Early Career Fellowships to candidates supported by departments across the Social Sciences Division', said Professor Mark Pollard, Associate Head of Division (Research). 'This is not the first time that our departments have received such a considerable number of these distinguished awards. We are proud to host, support, and nurture these promising early career academics. We are also glad that prestigious funders, like Leverhulme, acknowledge that the research being conducted in Oxford is of outstanding quality.'

The 2020 Leverhulme Early Career Fellows are: 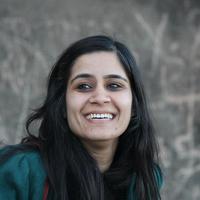 Currently an ESRC Postdoctoral Fellow, Akanksha will take up her Leverhulme Early Career Fellowship at the School of Anthropology & Museum Ethnography in October 2020. Her project, entitled 'Politics of anger: Willful women and the police in contemporary India', will ask several questions, including: What is the role of anger in public life? Whose anger matters, and can minority groups use anger to form collective bonds to survive and thrive? The project will explore these questions by examining women’s public expressions of anger in India and understanding how the police – and society at large – interprets and responds to their frustrations. Akanksha will explore whether anger can shift social norms and restructure social relationships.

Natalia will join the Oxford Department of International Development in January 2021 from LSE where she is currently a Research Fellow in the Department of Anthropology. Her project, entitled ‘Indigenous Sovereignties: A Study of Political Plurality in Ecuadorian Amazonia’ will explore the politics of indigenous movements in the Ecuadorian Amazon, between grassroots initiatives, political parties, and international NGOs. Indigenous activists respond to discrimination, violence, and displacement by creating alternative visions of governance that engage with, oppose, or bypass nation-state sovereignty. Through in-depth and long-term ethnography, the project will trace the diversity of indigenous sovereignties and analyses them as theories of political plurality. 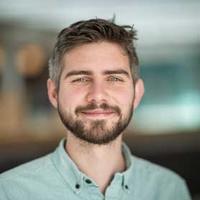 Currently a departmental lecturer within the Oxford Department of International Development, Dan will take up his Fellowship from October this year to pursue a new research project, entitled 'Visions of Life: The Creation of Postcolonial Screen Cultures in Africa'. The project will explore how Anglophone African film-makers in the late 1950s and 1960s created new, African cinema for revolutionary ends. Through screens, these filmmakers sought to transform people's behaviours and aesthetics as well as their ideas of citizenship and emotional ties to political community. This project will uncover this forgotten history through the production of a film that both tells a story of this past and considers how visual art shapes politics today. 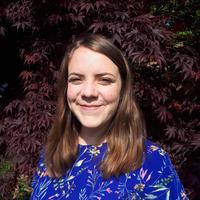 Danielle will take up her Leverhulme Early Career Fellowship at the School of Archaeology, where she completed her DPhil in East Asian Volcanology in 2019. Her project will use volcanic ash (tephra) layers to provide age constraints for archaeological records in Northwest Africa, as well as markers to synchronise to offshore marine climate records. The tephra linkages will provide a new opportunity to test the hypothesis that periods of severe climate coincide with key shifts in cultural development that are reflected in the archaeological record. Danielle is currently working with the Tephra Group as postdoctoral researcher at Swansea University. 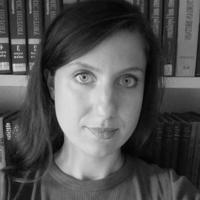 A researcher at the Blavatnik School of Government, Barbara will take up her Fellowship at the Oxford School of Global and Area Studies to pursue the research project 'Bureaucracy in the transition to democracy: testing a theoretical assumption'. The project revisits the question of whether bureaucratic personnel should be overhauled during a democratic transition A major political science theory argues that attitudes of public sector workers carry over from the autocratic state and threaten the functioning of the new democratic regime. This project will test empirically if this threat is real. Its three phases will study the differential attitudes of bureaucrats vis-a-vis the general population. 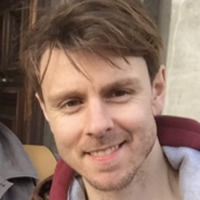 Currently a Research Fellow within the Leverhulme Centre for the Future of Intelligence at the University of Cambridge, John will take up his Fellowship at the Faculty of Law, collaborating with computer scientists, psychologists and philosophers within the broader university and beyond. His project aims to provide an in-depth examination of the legal, philosophical and cognitive dimensions of the delegation of statutory discretion to algorithms. Its objectives will be to (1) examine the impact of algorithms in the public sector, (2) analyse the legality of their adoption by government, and (3) elaborate a framework for how to manage the very real dangers of automation complacency and bias in the delivery of public services in the UK.