Professor Dieter Helm, Professor Christopher Hodges, and Dr Patricia Rice have all been recognised in the 2021 New Year Honours list. 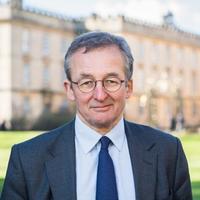 Professor of Economic Policy, Dieter Helm CBE, has expressed his ‘great honour’ at being appointed Knight Bachelor for services to the environment, energy and utilities policy.

‘The recognition of a lifetime of work on public policy is a great honour,’ said Professor Helm. ‘Oxford has given me the freedom to pursue my wider public policy interests in a way that few other institutions would have tolerated.’

As well as providing advice to UK and European governments for many years, Professor Helm has been Official Fellow in Economics at New College, Oxford since the 1980s.

Dr Patricia Rice and Professor Christopher Hodges have both been awarded OBE’s.

Dr Patricia Rice has been recognised for services to education following her six year tenure as Chair of the School Teachers Review Body (STRB), a governmental body tasked with considering matters such as the remuneration and professional duties of teachers. Before her retirement she was Associate Head for Research in the Economics Department and she is currently a Senior Research Fellow at St Anne's.

She says of her award ‘My work with the STRB has been interesting and rewarding – the award of an OBE is a great added bonus’.

Professor Chris Hodges at the Centre for Socio-Legal Studies in the Faculty of Law was awarded an OBE for services to Business and Law. The award recognises many years researching regulatory and dispute resolution systems, and working with officials, judges, ombuds, businesses, consumers and others on reforms aimed at producing outcomes and systems that are ethical, fair, safe, effective and cooperative. He warmly acknowledged the support over many years of friends and colleagues, not least his team of research colleagues.