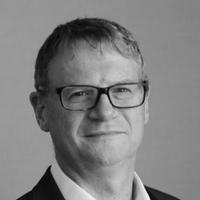 Speaker at the Social Sciences Oxford Minds panel discussion series on the topic of Justice.

Jonathan Wolff is the Alfred Landecker Professor of Values and Public Policy and Governing Body Fellow at Wolfson College. He was formerly Blavatnik Chair in Public Policy at the School, and before that Professor of Philosophy and Dean of Arts and Humanities at UCL. He is currently developing a new research programme on revitalising democracy and civil society, in accordance with the aims of the Alfred Landecker Professorship. His other current work largely concerns equality, disadvantage, social justice and poverty, as well as applied topics such as public safety, disability, gambling, and the regulation of recreational drugs, which he has discussed in his books Ethics and Public Policy: A Philosophical Inquiry (Routledge 2011) and The Human Right to Health (Norton 2012). His most recent book is An Introduction to Moral Philosophy (Norton 2018). Earlier works include Disadvantage (OUP 2007), with Avner de-Shalit; An Introduction to Political Philosophy (OUP, 1996, third edition 2016); Why Read Marx Today? (OUP 2002); and Robert Nozick (Polity 1991). He writes a regular column on higher education for The Guardian.