100 years of women at Oxford

Women Making History celebrates women’s contribution to scholarship and to progressive change at Oxford, 100 years since the first women were awarded degrees at Oxford in 1920.

The year 2020-21 is a landmark year in the history of Oxford University; in October 2020, we marked a century since the first women collected their degrees in the Sheldonian Theatre. To mark this centenary and celebrate the contribution of women to Oxford, this academic year we are supporting Women Making History: 100 years of Oxford degrees for women. The centenary provides an opportunity to take stock of our progress in promoting women’s education and advancing gender equality and diversity.

In the Social Sciences Division in Women's History Month we asked women at all stages of their career, ‘Women have been making history at Oxford for over 100 years. What’s next?’. The responses are being posted on Twitter @oxsocsci throught March as well as on www.socsci.ox.ac.uk. 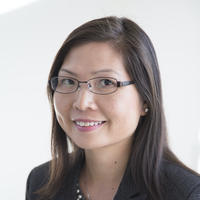 'Throughout history, there have been exceptional women, where their endeavours and great sacrifices have been commented upon because they’re women. In the next 100 years, I hope for no more, or no less, that each person can contribute according to their ability. Oxford is a great foundation to do this.' 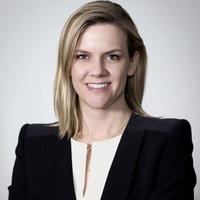 Jennifer Dowd, Deputy Director of the Leverhulme Centre for Demographic Science and Associate Professor of Demography and Population Health

'Hopefully a time when women’s accomplishments are expected rather than an exceptional overcoming of the odds.'

'What’s next? That they won’t even need to mention that I am a woman.' 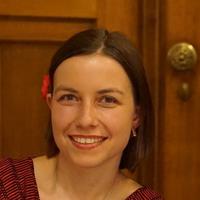 'It has been 100 years since it became possible for women to become full members of Oxford University. During that time, women have broken numerous glass ceilings across the University, including (in 2016) taking the role of the Vice-Chancellor. Going forward, I am looking forward to continuous and widening support for working women during their prime carer years to enable true equality of opportunities for all women.' 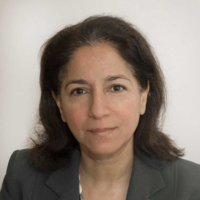 'High on the agenda must be overcoming gaps among women of different races, classes and sexual orientation - and ensuring women are strongly represented in and leading the subjects and professions that will shape the 'Fourth Industrial Revolution'. 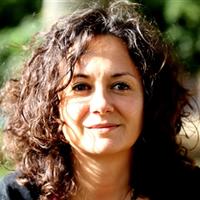 'It is time for a cultural change. There is convincing evidence suggesting inequitable treatment of women in academia, in some fields more than in others and certainly in economics. Women are less likely than men to be hired and promoted and face greater barriers to getting their work published in economic journals. Women are part of the solution to promote change: do not shy away from competition, take the lead when you feel capable and speak up when you witness unfair treatment or discrimination. 'Strong women scholars were central to the creation of ODID and it has been a trailblazer in harnessing the power of women's leadership. As a young academic, I’m fortunate to be surrounded by role models amongst past and current faculty in my department. The University should focus on supporting the journeys of early-career women academics, especially those from BAME backgrounds. Women scholars negotiate many hurdles to get a shot at academia, but the cracks thereafter make falling through easy. For example, there has emerged a significant gender gap in the authorship of publications related to research on COVID-19. Of course, the conversation about women at Oxford must not be limited to the University alone. Ten of Oxford’s 83 neighbourhoods are among the 20% most deprived in England. We know what that means for women – their health, work, and everyday safety. I hope this period of collective reflection and action will take conversations about women and women’s leadership beyond the limestone corridors.' 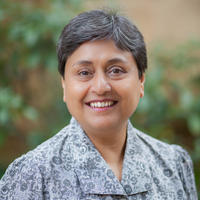 'In the past hundred years, women were burdened with making history to gain recognition at Oxford. In the coming years, we should value all women - students, researchers, academics and administrative staff - for their unique contribution. Our task would be to call out and eradicate sexism in any form, along with other intersecting bias, notably race and ethnicity. We shall create an egalitarian, non-hierarchical, non-discriminatory institutional culture that accords every woman her rightful place in University life. Thus, history will be made at Oxford.' 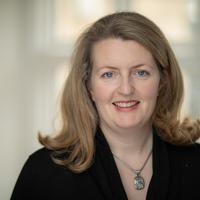 'Oxford first awarded degrees to women one hundred years ago, but they studied here for much longer. 720 of the women who studied at Oxford in the pre-degree era were awarded degrees by Trinity College Dublin, nicknamed the ‘steamboat ladies.’ As usual, Oxford and Cambridge were holdouts of the patriarchy. By 1895, they were the only British universities to exclude women from their degrees. While this centenary is something to celebrate, it would be great to look forward to an era when women’s mere presence, is no longer history-making. Sadly, we are still very much in the era of the ‘first woman to…’.  Professor Louise Richardson is ‘the first woman to’ become Vice-Chancellor, the 272nd VC in an eight-hundred-year lineage of men in leadership. Baroness Valerie Amos is the first woman master of University College, and the first Black person to head any college. Celebrating centenaries is all the well, but progress has been painstaking, slow and for those involved in being the ‘first women’ full of reminders of the struggles of those who went before.

When I started teaching at an Oxford College in 2003, I left a Faculty (Trinity College Dublin) that had had more women students and academic staff for decades, including two women who went on to become Presidents of Ireland.  To come to Oxford in 2003 was to feel as if I was stepping back into an earlier era of patriarchy. I was frequently toasted as the College’s first woman law fellow, and routinely reminded of this. I met former students of the College at social and alumni events who either spoke glowingly of their time at the College (the men) or with searing recollections of being discouraged and indeed thwarted in their ambitions (the women). One vivid conversation with a distinguished woman lawyer was being told that her first-class exam performances were not ‘the right sort of first’ to go on to further study. The stories of the discriminatory practices were many, and as an Irish woman in the role, and clearly not an ‘Oxford type’, many women confided in me. I’m sorry I did not seek to do something with these testimonies, and one useful thing Oxford could do is an oral history of the first women students, bearing in mind that while we celebrate a centenary of degrees for women, many Colleges did not admit women until the late 1970s and 1980s.

Oxford scholars enjoy many privileges. So many women here are brilliant, prolific, world-class, engaged, and love both research and teaching. The richness of the University’s intellectual life, quality of its students and the wonderful buzz of academic life in a city defined by it are remarkable. Yet, academic life is increasingly precarious for many, and precarity is deeply gendered. Many women in particular and others not obviously ‘Oxford types’ succeed in spite of the institution’s patriarchal structures and legacies. Race and class stand out amongst many other intersecting grounds of disadvantage that structure university life. I look forward to an era when women’s presence is no longer history-making, and to a shared institutional commitment to examine the intersecting exclusionary practices of this great institution.' 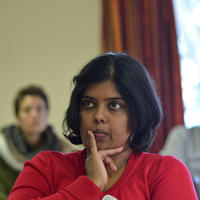 'Globally, millions of girls experience inequalities within households. More girls stay out of school, have less than 6 years of schooling and are malnourished, compared to boys. In the global Multidimensional Poverty Index (MPI) this year, we are focused on the extent of inequality experienced by young girls across developing regions.' 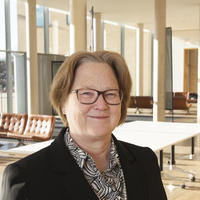 'The next step is closing the gender gap across the whole university wherever possible, from Council and its committees to the JCRs and MCRs.' 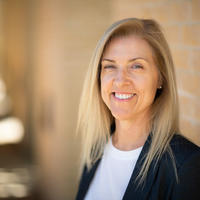 'Pioneers of the past – innovators of the future.  Oxford women and humanity’s journey to reach its full potential.' 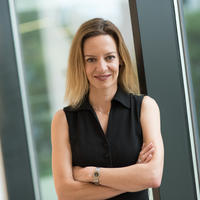 'Next, we will use our research and outreach to help women around the world build confidence, get financially independent, flourish as entrepreneurs and become leaders, without hitting glass ceilings. As women of Oxford, we will not only lead by example, but do our best to touch the lives of women everywhere directly. I myself am excited to build digital programs that work as apps even on the simplest phones to increase financial literacy and wellness.' 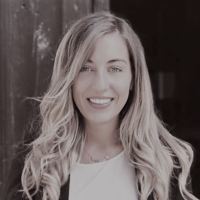 'I am confident that at some point there will be no need to ask humans to write quotes because of their gender. Oxford encourages US all to curiosity, hard work, critical thinking and anything that moves US all forward. And "us" shouldn't be perceived based on what differentiates individuals, and often creates discrimination, such as gender. It’s "us" based on what we have in common, as a species and cohabitants of the planet.'