The ongoing research of Dr Sarah Darby (Associate Professor, Environmental Change Institute) into the impact of feedback to customers on their energy use has underpinned the government’s approach to the rollout of smart meters across the UK.

In the early 2000s, the development of smart meters and connected in-home displays (IHDs) promised to give households a way of helping them to monitor and moderate their energy use.

After decades of consumers being left in the dark by traditional paper-based bills, this new technology had the potential to ease peak-time loads, pave the way for more renewable energy and support growing efforts around climate change. But would it really lead to people being motivated enough to change their habits?

In search of a conservation effect

In 2007, the government commissioned three years of smart metering and feedback trials. These large and complex investigations, known collectively as the Energy Demand Research Project (EDRP), involved four of the “big six” energy providers and over 60,000 customers.

Significantly, findings also suggested the attention paid to consumers throughout the ‘customer journey’ played a big role in improving engagement and satisfaction with this new technology.

Dr Darby, whose research interest in feedback and domestic energy use dates from the late 1990s, was on the EDRP evaluation team. She says that even at this early stage: “it was evident that the more effort you put in with customers, the more you got out.” 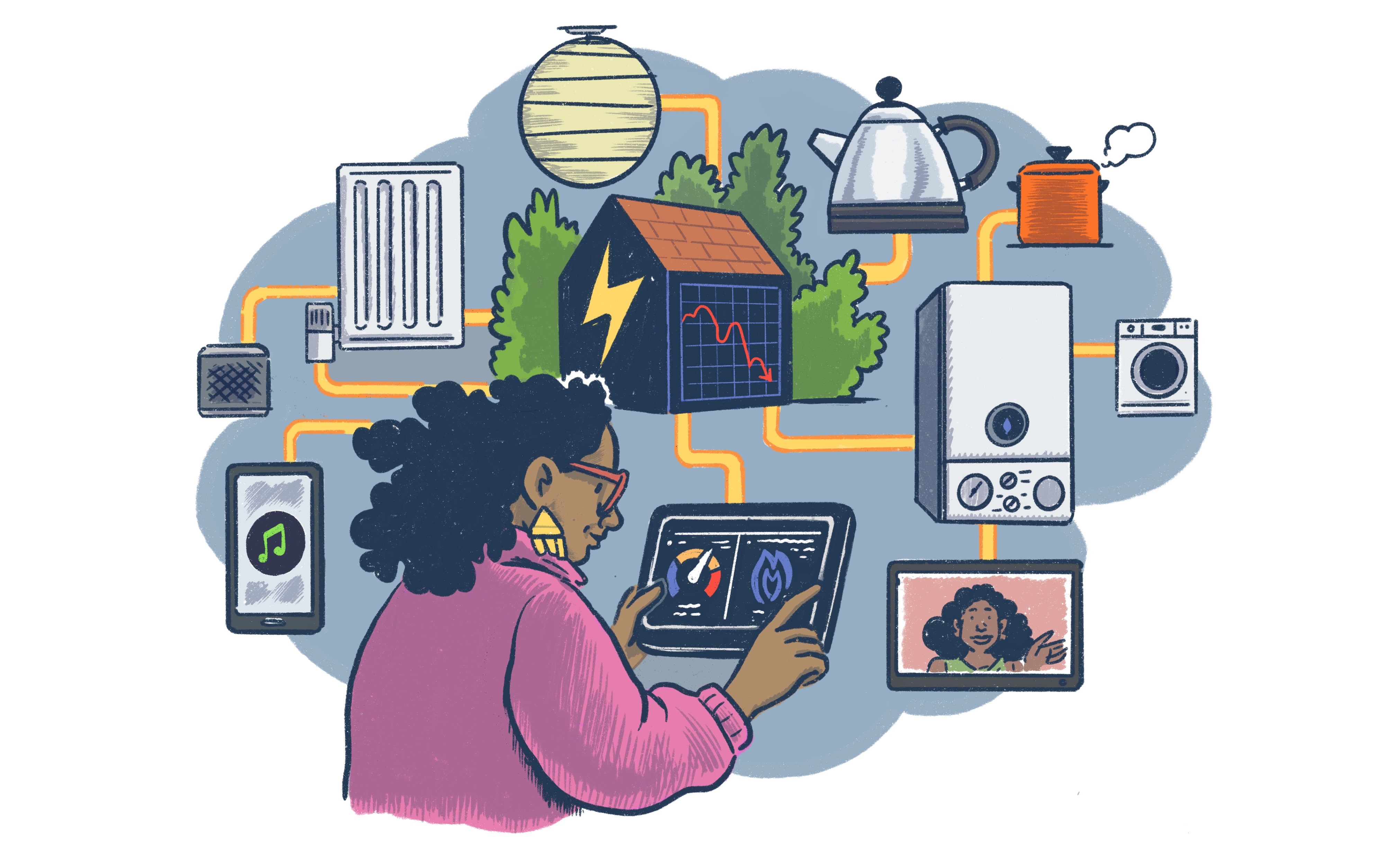 As the UK began its smart meter rollout in 2013, a new series of research initiatives collectively known as The Smart Meter Early Learning Project (ELP) set out to explore and evaluate the experiences of early adopters. Commissioned by the Department for Energy and Climate Change (DECC, now BEIS), the research looked at a range of factors, including how to best support the needs of households considered vulnerable, in fuel poverty and on low incomes, as well as pre-payment customers and those living in rented accommodation.

The research also captured data on the practicalities of installation and the challenges surrounding "getting over the threshold” — persuading customers that they should switch over in the first place.

The evidence for engagement creating better outcomes began to grow. Among the findings in the ELP synthesis report, led by Dr Darby in collaboration with colleagues from the University of Ulster and the Tavistock Institute, it was shown that simply having the technology wasn’t always enough. Customers benefited from person-to-person guidance — for example, from installers who had been trained to show them how to get the best from their smart meter — and thoughtful, user-friendly product design. This care and attention was even more important for vulnerable customers.

The ELP research found a 1.5% conservation effect for gas and 2.3% electricity from the earliest stage of rollout. This was shy of the predicted 3%, but the evaluators noted that the savings were higher for customers who had had their smart meters longest, and predicted that the percentage would grow with time.

The ELP synthesis report was groundbreaking, providing the first real evidence of the importance of customer engagement in energy reduction when introducing new technology. It led to BEIS developing an evidence-based approach to smart meter roll-out, rooted in the importance of consumer behaviour.

The synthesis report has helped shape the practice of government body Smart Energy GB. Inspired by Dr Darby’s research, the organisation went on to create its 2015 report “Smart Energy For All” to identify further customer characteristics that might prevent user engagement with smart meters.

Energy regulator Ofgem was also paying close attention to the research, readily taking on board recommendations from Dr Darby and Smart Energy GB around tailoring face-to-face support for low-income and vulnerable customers.

The ongoing influence and reach of this research was undoubtedly a direct result of Dr Darby’s established, long-running research relationship with government departments such as BEIS and Defra as a trusted authority on domestic energy and behavioural change.

Andrew Charlesworth, Head of Benefits and Evaluation for the Smart Metering Implementation Programme at BEIS comments: “Dr Darby’s research has been influential at different stages in the development of smart metering policy, in summarising and communicating evidence about consumer engagement and impacts into the policy making process and to stakeholders (for example, to Parliament and the NAO).

“Her empirical research has also provided new insights, such as on the role of meter installers in explaining the new technology. Overall, her work has provided theoretical and empirical underpinnings for the Programme’s approach to behaviour change, which have helped us to improve the policy design and increase the delivery of consumer benefits.”