In my DPhil work I explore the links between dignity and immigration enforcement in the UK. Over the course of a year I held interviews with women who were either detained in the UK’s only women’s immigration removal centre at the point I met them, or had been previously. I met with participants while they were in immigration detention. I travelled throughout the UK to speak with women released from detention into the community, and to Jamaica to learn about others who had been removed there. In summary, my findings suggest there is something about immigration removal centres that is deeply troubling for the people held within them.

In a practical sense, the troubling stories and emotions that were discussed during interviews introduced a difficult challenge to my project; the management of  vicarious trauma. Vicarious trauma is sometimes also referred to as secondary trauma and the terms are often used interchangeably in academic literature. Increasingly, though, the term ‘secondary trauma’ is reserved for those affected by the trauma of a relative or close friend—for example, the children of holocaust survivors, or the family of a cancer patient, whereas the term ‘vicarious trauma’ is applied to those who hear about the trauma of others in a professional capacity.

During the course of my fieldwork and following my return to Oxford I experienced a number of the symptoms of secondary and vicarious trauma. I was bothered by intrusive thoughts, where the voices of women telling me their stories would replay in my mind. These thoughts always appeared unexpectedly when I was working, trying to sleep or just in mid conversation with friends or colleagues. As I recalled the accounts, I felt intense emotions and physical symptoms such as sweaty palms and a fast beating heart. I also developed an intensification of feelings of unsafety. I spent two months living in Kingston, Jamaica. I lived within the safety of the University of the West Indies compound, in a secure apartment. However, the more women I interviewed from less safe areas of downtown Kingston, and the more stories I heard of their unstable living conditions, guns and fears for safety, the more I questioned my own sense of security. While there are risks in living in Kingston, I feel now my sense of anxiety even in my own apartment was disproportionate. My anxiety also followed me back to the relatively safe streets of Oxford in the UK. I am an enthusiastic cyclist and when commuting to work on my bike after my return a car driver started beeping their horn, and slowed alongside me. My reaction was of fear, and I sped up, completely ignoring the driver. With my heart pounding I eventually pulled over to the side of the road to get away. At this point the driver yelled something to me out his window, which I was unable to discern and went on his way. I only realised when I went to lock up my bike at the office that the lock had fallen from my basket. The man in the car had just been trying to tell me I had dropped it on the road. Prior to my experiences in Jamaica I would have been more likely to look and see what the driver wanted, assessed the situation and decided what to do. My instinct had been altered to respond with fear rather than curiosity.

In relation to the pains suffered by women who participated in my research my own experiences are relatively minimal, however, researchers suffering from prolonged secondary or vicarious trauma should be aware of the risk to their own mental health. I was well supported throughout my fieldwork by my supervisor who has conducted similarly upsetting research, and experienced comparable symptoms to those I had to manage. I was also able to attend workshops on dealing with vicarious trauma before conducting interviews and after. In these sessions I could discuss the impact my work had on my own wellbeing and I learnt techniques for self-care, which I was able to implement when I began to feel low. In particular I focused on triathlon as a means of relieving stress. I found it was an effective tool, though I regularly had to fight the urge to lie down and stare at the wall instead. When I was unable to train I found myself uncharacteristically watching a certain America teen drama which involved persistent enthusiastic singing and dancing. In conjunction with exercise and trashy television I mostly avoided the news, especially anything relating to migration, and stopped looking at my twitter feed. I found that doing either made me feel disproportionately angry or upset and I was unable to shift these emotions easily.

I have now come out towards the end of my DPhil. Perhaps due to the sensitive and difficult nature of the research, the production of written work and the resulting, and potential, impact my findings have for the population concerned, have made the experience very rewarding. However, this outcome would not have been possible if I had not made use of the support measures available to me*. AI recommend any researchers undertaking potentially traumatic fieldwork to consider the possible impact of secondary and vicarious trauma and take steps to ensure their own mental health is not damaged in pursuit of academic perfection.

* A fact sheet on coping with vicarious trauma, which includes reference to further training and resources, is available online.

Workshops on vicarious trauma are available through the Social Sciences Research and Skills training provision.

The student counselling service also offer an on line service for students away from Oxford. 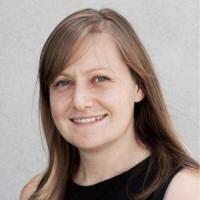