Oxford’s Diffusion of Innovation in Low Income Countries project has revealed how businesses in low income countries innovate to survive and grow, despite facing numerous constraints.

This ground-breaking research has had significant impact in Africa and has gone on to shape the UN’s approach to sustainable development throughout the world.

With the fourth industrial revolution looming, a unique window of opportunity has opened for low income countries to catch up with the developed world – or risk falling further behind as technology accelerates. Historically, low income countries have rarely seen innovation as a priority, often considering it the preserve of developed nations. But with improved skills, infrastructure and state support, there is real potential to begin closing the gap.

Oxford’s Diffusion of Innovation in Low Income Countries project (DILIC), led by Professor Xiaolan Fu, set out to learn more about innovation in low income countries so that it can be identified, supported and harnessed to accelerate economic development.

The Ghana Innovation Survey, first carried out in 2013, provided substantial data for DILIC. Led by Professor Fu, this initial fieldwork broke new ground by surveying over 500 formal and informal businesses, an approach that had not been attempted in the country before. Businesses were found using a range of sources, including government lists, association lists and commercial directories. This led to the creation of a unique, high-quality dataset covering industries from food processing, textile manufacturing and furniture making to high-tech ICT businesses.

The study found that, despite lacking the research and development, external support and funding of developed nations, many Ghanaian businesses were developing or adopting new processes or products to help them compete and succeed in the market. However, these advances were not properly recorded, scaled up or supported in a way that might allow the country’s economy to grow.

The vast majority of these innovations had no research and development support and went unrecorded in academic journals and patent records, leading to them operating “under the radar”.

DILIC went on to find ample evidence of these “under the radar” innovations in Ghana and, through later fieldwork, in Tanzania and Kenya. Innovations tended to fall into three categories: those brought in from outside and adopted; those created either locally or within the business itself; and a hybrid of the two, where external innovation is combined with local know-how. M-Pesa is a good example of the latter — a highly successful mobile payment platform that used existing technology from overseas and adapted it to fit the local market in Kenya. 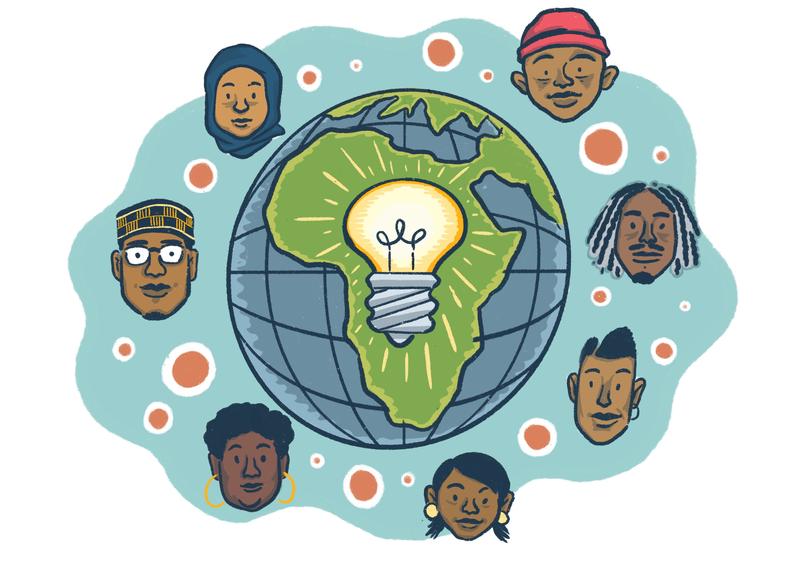 From an early stage, DILIC was recognised by the Minister of Environment, Science and Technology in Ghana as important for industrial strategy. When the project identified that links with universities and industry, proven to bolster innovation in industrialising economies, were lacking in Ghana, the Ghanaian government took action and introduced a bespoke programme to address this.

The World Intellectual Property Organisation (WIPO) has also adopted some of DILIC’s methodologies to use in their own research in low income countries.

DILIC and the United Nations

Following dissemination of the research via UN DESA (the UN Department for Economic and Social Affairs), Professor Fu presented the project’s findings to the UN General Assembly in 2014, and subsequently led a symposium at the UN Development Cooperation Forum in early 2015.

As a result, findings and recommendations from DILIC went on to have a marked influence on the third UN International Conference on Financing for Development, which took place in Addis Ababa in July 2015. Significant among these were the need for an enhanced global effort to strengthen international technology facilitation mechanisms, the need for improved links and collaboration between firms and universities, and an increase in both private and public funding for innovation at all stages of the development cycle.

These recommendations were reflected in the UN’s 2030 Agenda for Sustainable Development and in the creation of a Technology Facilitation Mechanism (TFM) to support the implementation of the Agenda’s goals. Both Professor Fu and Dr George Essegbey, DILIC’s local partner in Ghana, were appointed to the TFM’s ten-person advisory team.

One of the TFM’s key tasks has been the creation of the UN’s 2030 Connect online platform. This tool enables matchmaking between growing businesses and those able to offer support, as well as providing an archive of reports and research to assist everyone from government and NGOs to academics with a research interest.

While the research was always intended to create positive change, the extent of DILIC’s success has been unprecedented. An official from the UN Department of Economic and Social Affairs summarised the extent of DILIC’s impact: “Professor Xiaolan Fu’s engagement and research project’s findings have greatly contributed to the emergence of a completely constructive discourse on science, technology and innovation at UN headquarters that has ultimately triggered policy and institutional change.”

Professor Fu attributes its impact to a continued focus on quality, and sharing findings clearly and consistently. She explains: “Once policymakers had an awareness of what we were doing, it was up to us to make the research relevant and maintain communication with them. It was important to present high quality, objective opinions in a language everyone would understand.”

Professor of Technology and International Development