The travails of fieldwork in Bosnia

The travails of fieldwork in Bosnia 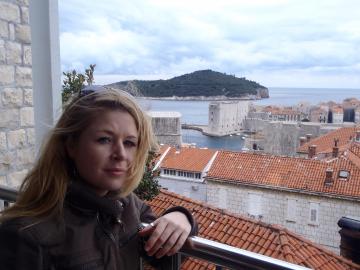 Since 2014 I’ve conducted five research trips in Bosnia lasting from 3 weeks to 3 months. I interviewed war victims, war veterans, NGO workers, international and local experts, academics and political elites. I looked at how victims and veterans manage to live on after the war. It was a challenging and draining experience but I learnt a lot not only about the topic, but also about how I can handle challenges of being a foreign researcher in a very multifaceted social environment.

Bosnia is not an easy environment to work in. It experienced a brutal war, mass rape, ethnic expulsions and haphazard international peacebuilding, which deeply traumatised its population. Although I had lived in Sarajevo for over a year, I still struggled to adjust to the Bosnian way of life, cultural norms and values and the war legacy. Moving around the country was not as easy as expected because of poor infrastructure and checking with as many people as possible about bus timetables was necessary. Since the pace of life is a lot slower and more relaxed, people are also less worried about deadlines, times, and meeting arrangements.

The poor economic situation made people very edgy and stressed. I witnessed a close-to-violent fight between a tram conductor and a passenger, who had not bought a ticket. Once it had been established that the passenger was a war veteran of the Bosnian Army, the conductor let him on as a co-fighter. The omnipresent war was in many respects suffocating – from small daily chats to media coverage of war crimes. The war is still part of life. This was why I opted for shorter field trips to get out from time to time and get back home where I could relax.

The war legacy had repercussions for researchers. Bosnia has been extensively studied and was inundated by experts and students of post-war peacebuilding after the war. This led to 'interview fatigue' among Bosnians. In several cases, I was reproached by my respondents for not giving anything in return – mostly financial assistance. Although I was unable to offer money to the victims and veterans I talked to, I hoped that I was at least part of the process of recognising their suffering – I sometimes listened for several hours, and at the end of one interview, my respondent said, 'I feel good now. I have not talked about this for many years. But it feels good to get it off my chest.'

The resentment towards foreign researchers has a wider implication for the legitimacy of foreign research on Bosnia. I have heard many times that only Bosnians have the right to discuss such things as the war in public. 'Enough of foreigners telling us what to do and explaining us who we are', was one of the explanations I received.

It took a lot of effort to gain trust of my Bosnian respondents. My starting position was better because of my nationality (Czech), which is considered rather neutral in the former Yugoslav and also because I am fluent in Bosnian. In addition I already had a good network of friends, who were able to refer me to my respondents. My friends were indispensable in terms of support, mental wellbeing and help with organizing interviews. After an intensive day of interviews, though, I needed to go out with my friends and reassure myself that there still is life beyond those horrific stories.

When I consider the incredible help from my Bosnian friends and the understanding on the side of my respondents, I think we, as researchers, do owe something in return. Twenty years have passed since the end of the war and Bosnia barely makes media headlines. Research can in part make sure that the country is not forgotten. By writing open letters, organising seminars, talks, conferences and sharing the stories I listened to beyond my PhD I can give something back. Through listening to my respondents, I became closer to understanding their needs and thus better at conveying their message to those who can make a difference in their lives. I hope this will be understood in Bosnia, so that foreign researchers will no longer be devalued.

Thanks to my support network, those I interviewed and their sad stories which I can now convey, my fieldwork has been one of the most enriching experiences of my life.

*A fact sheet on coping with secondary trauma, which includes reference to further training and resources, is available from the Social Sciences fieldwork pages. The student counselling service also offer an on line service for students away from Oxford