The study’s findings indicate that this marginalised group of women are up to 24 times more likely to suffer "intimate partner violence” (physical, sexual or psychological harm from a current or former partner or spouse) than women in the general population.

Being subjected to this violence increases their HIV risk by 26%. Over 730 women took part, making it the first study of its kind in Indonesia. Indonesia is home to over 1 million women who use illicit drugs, a group that has been ignored by existing Indonesian policy.

Most have severely limited access to health, legal and other support services. Their harsh reality is set against the backdrop of an escalating AIDS epidemic and diminishing funding for harm reduction in Indonesia.

Led by Dr Claudia Stoicescu (Centre for Evidence-Based Intervention), 'Women Speak Out’ was one of the largest studies in Asia to look specifically at the issues facing drug-dependent women. This vulnerable group is particularly at risk due to poor socio-economic status, compounded stigma and discrimination, and high risk of gender-based violence. In addition, they must negotiate structural and cultural norms to access support and rehabilitation.

The pioneering study ensured its process and findings would be of real benefit to the community it set out to serve. Dr Stoicescu’s team worked closely with the Indonesian Drug Users Network and adopted a participatory model that involved its participants at virtually every stage.

The research team consisted of 80% women with lived experience of drug use. Professor Irwanto, Senior Scientist at Atma Jaya University’s HIV and AIDS Research Centre, said: “This collaboration is unique in that it applied community-based participatory approaches throughout all stages of the research process. They co-developed grant proposals, made joint decisions regarding budgets and allocated equitable division of funds, developed shared mission and decision-making structure. This model has resulted not only in improved validity of research findings, but also in heightened sustainability, knowledge transfer, and replicability." 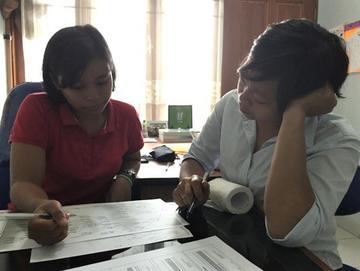 Rima Ameilia (Indonesian Judicial Monitoring Society, Faculty of Law, University of Indonesia) led the peer fieldwork team. She said: “The experience that most surprised me was how the community of women who use drugs - a community that faces harrowing levels of stigmatisation and negative stereotypes by society at large - jumped at the opportunity to become an integral and valuable part of the scientific research process.

"They did everything from designing the research and questionnaire to data collection and engagement with policy-makers. This is a breakthrough, both in academia and in terms of community advocacy.”

Involvement in the study directly improved the skills and employability of the community of drug-using women. Several went on to gain long-term employment. The legacy of ‘Women Speak Out’ continues to grow as a force for good.

Guided by the results of the study, researchers and community partners secured seed funding to establish a drug-using women’s collective with focal points across 12 provinces. This female-run empowerment program advocates for gender-responsive harm reduction programmes and expands access to lifesaving HIV and violence prevention services for drug-using women.

The study’s success is already inspiring others to follow in their footsteps. Thanks to targeted policy outreach, their work has brought this marginalised group of women into the spotlight throughout Asia, inspiring similar research collaborations in other countries in the region.

Dr Stoicescu said: “There are an estimated 104 million women worldwide who use illicit drugs. Asia is home to about half of all women who inject drugs globally. We hope that the visibility provided to this urgent issue through our research can make a small contribution toward supporting a bigger role for drug-using women in international debate, research and policy.”