A team of researchers at the University of Oxford’s School of Archaeology has been working with farmers and conservationists in Haute Provence to develop a new approach to weeds in organic farming.

By researching the ecology of 45 weed species, the researchers have developed a resource to enable producers to identify the value of weeds as indicators of growing conditions on a piece of land, their impact on crop yields and other uses such as for food, fodder, or medicine. 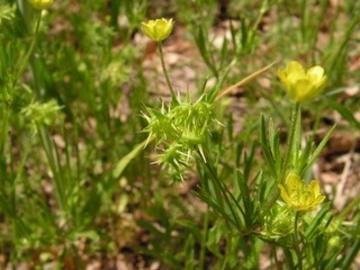 The team's weed accounts also enable farmers to identify the different species taxonomically and to assess their harmfulness for the crops they grow with (photo: Arne Saatkamp)

Professor Bogaard said: 'Some weed species are very harmful to crop yields, while others are not. The weed accounts we have developed enable organic farmers not only to identify the species in their fields but also to use them as indicators of growing conditions and to assess potential impacts on crop yields.

'Armed with this information, organic farmers can refine their weed management practices to target harmful species and encourage the growth of others that don’t compete directly with the crop and may even have other uses.'

A key output from the project is a catalogue of 45 weed species with colour photos, identification notes and ecological characteristics, available in French and English for farmers to access at any time.

Following feedback from the producers, the researchers added a new section to each account to feature the potential uses of arable weed species such as for food, medicine, and as craft materials.

The long-term goal of the project is to develop a model for how organic producers can work ‘with’ the weed flora of their fields and preserve traditional farming landscapes and methods.

Bogaard adds: 'We have used cutting-edge functional weed ecology to present the key attributes of each weed species, so that they are of immediate practical use to organic producers. To the best of our knowledge, this is the first collaborative product of its kind anywhere in the world.' 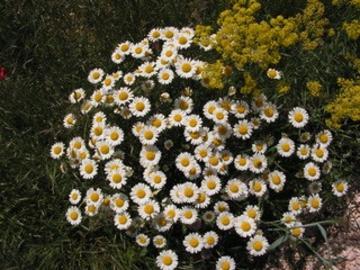 The project has been transformational for organic farmers (photo: Arne Saatkamp)

Stéphanie Huc of the Conservatoire Botanique National Alpin commented: 'The project has already been transformational in opening up discussion with local organic farmers about how they can work ‘with’ the weed flora of their cereal fields. We are also considering the potential for agro-tourism and developing knowledge of their weed flora as something farm visitors can experience.'

The team is planning to develop a spin-off project in Morocco, where many small-scale farmers make routine use of their weeds as animal feed.

The Moroccan work involved a British Council-funded workshop bringing together early career ecologists and agronomists from Morocco and the UK.

The academic benefit of the wedd ecology project has included a series of peer-review journal articles published in Nature, Nature Plants, Vegetation History and Archaeobotany, Environmental Archaeology and Proceedings of the Prehistoric Society.

Academics from the School of Archaeology involved in the project include: